The moment you step into an escape room, you are immersed in a mystery-solving experience involving hunting for hidden objects, unscrambling codes and solving what am I riddles. These riddles can often have creepy references to build the suspense and theatrics of escape games.
Read on as we explore some mysterious riddles that are popular in escape rooms, where these riddles are likely to be hidden, so you know where to get started in your search and more. Remember, these riddles are specific to the escape room simulation.

Creepy What Am I Riddles

Whether they’re presented in written, audio or visual form, riddles are always a part of escape games. The games are usually designed to fit the theme of the escape room. For instance:

“The Butler Did It”
The Brown family lived in a Victorian Mansion in the suburbs. One morning one of the children woke up to find blood dripping on his forehead, and when he looked up, he found his nanny’s lifeless corpse dripping all over the white Persian rug. When the inspector arrived, he questioned everyone where the cook said he was in the kitchen at the time, the butler was in his quarters, and the head of the family was by the pool. The murder weapon was cold and hard at the time of the crime but is now hot and soft and tucked away in the bellies of everyone at the dinner table. If can guess what it is, you can find the key to escape. 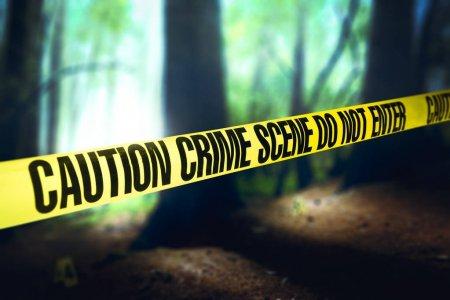 Science Experiment Gone Wrong
Dr. Montgomery was found dead in the Room of Reptiles with no evidence of any harm other than to tiny mosquito bites on his neck. There’s something in that Room which killed him: it leaves a mark like twin mosquito bites, but it’s not an insect, it can’t walk on its own but has other means of movement. What is it?

Mathematical Riddles
What is the next number in the sequence displayed on the escape room wall and how is it significant in the mystery you are trying to solve?

Historical Riddles
These riddles test the minds of those who love exploring the past. For instance, a what am I riddle may be framed around a significant date in history, and if the escape room detectives can figure out which date that is, they’ll be able to tackle new clues or find the key to solving the whole mystery.

The Role of What Am I Riddles In Escape Rooms

Deciphering what am I riddles is a key part of escape rooms. These riddles help you identify items and objects within the escape room that may either lead to more clues or the key to unlocking the door of the mystery. These riddles may form the premise of the entire escape room or they may be unraveled as you progress through the game.

What am I Riddles Cheats
If you’re planning your escape room experience, here are some common places where you can begin your search of riddles:

These are some of the common ways in which riddles will be presented to you while you’re in an escape room.

Are You Ready to Start Solving Riddles?

At the American Escape Rooms, you’ll be introduced to a range of what am I riddles, depending on the experience you select. The most popular one is the zombie apocalypse scenario, but you can also find other options like mad scientists in labs, mathematical riddles and more. So find people who will be ready to immerse themselves in a Sherlock Holmes type of situation and solve riddles and mysteries with you before time is up!